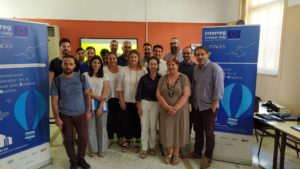 On 19th of June 2019, MOSAIC // Culture & Creativity, organised, on behalf of the Achaia Chamber, an interactive workshop titled “Developing Creative Industry” within the framework of the TRACES project (Transnational Accelerator for a Cultural and Creative EcoSystem) funded by the Interreg VA Greece – Italy Program Greece 2014-2020
The presentations of the invited experts, provided useful information and experiences from both Greece and Italy to the participating professionals, scientists and representatives of local authorities and organisations.
The aim of the workshop, hosted by the French Institute of Patras, was to educate professionals and scientists of the Western Greece Region and those who provide services to the Cultural and Creative Industries and, therefor, can contribute to the development of the creative ecosystem in the region. 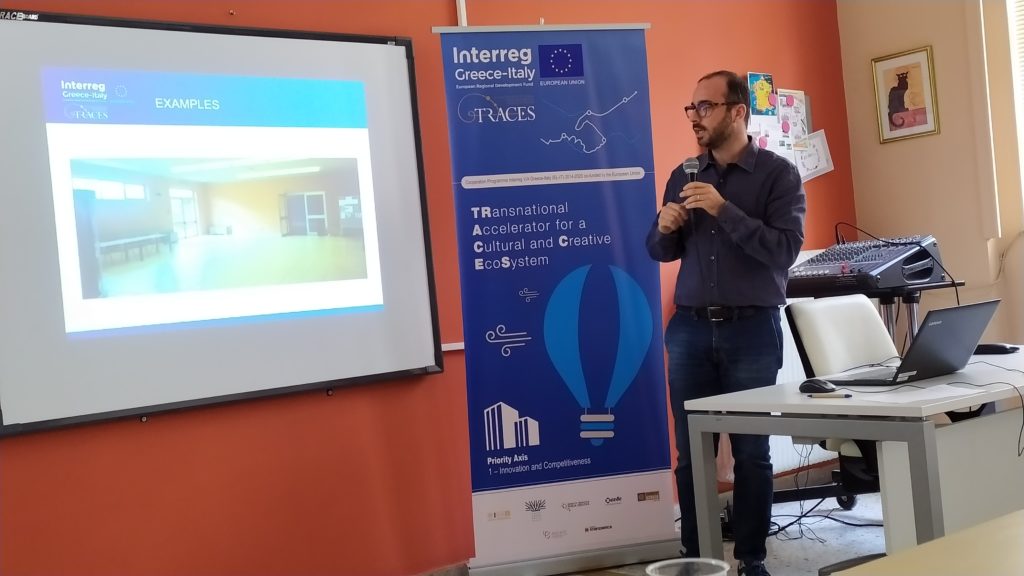 During the workshop, Davide de Nicolo from “Tecnopolis Science Park” in Bari, presented the features of the Creative Industry in Italy and the experience of Tecnopolis and the Puglia Creativa Creative Partnership Network of Apulia. 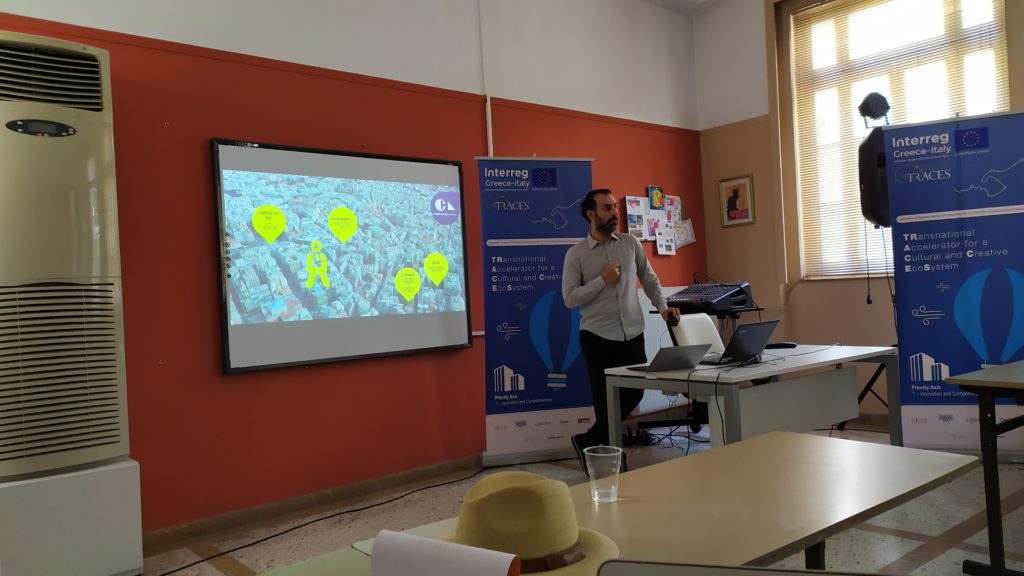 His experience from the two creative hubs in Athens, “Bios” and “Romantso“, presented by the director Vassilis Haralampidis, who also spoke about the European Network of Creative Hubs he founded based in Greece. 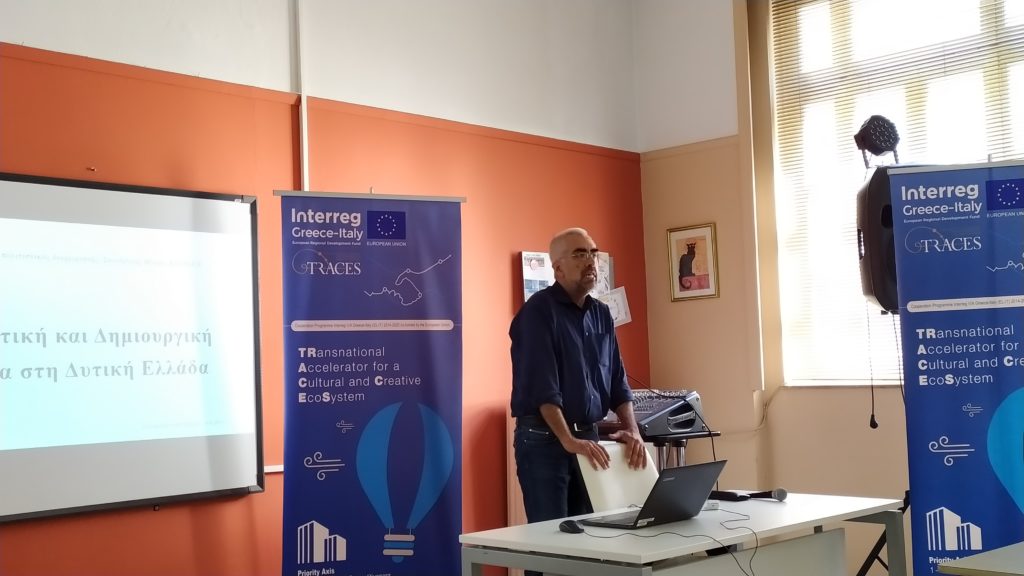 Andreas Tsilaras referred to the characteristics  of the Cultural and Creative Sector in Western Greece, presenting at the same time the experience of the Social Enterprise “Mosaic // Culture and Creativity”, of which he is a co-founder, while George Melissaropoulos from the Knowbox.Fund discussed issues of financing the industry. 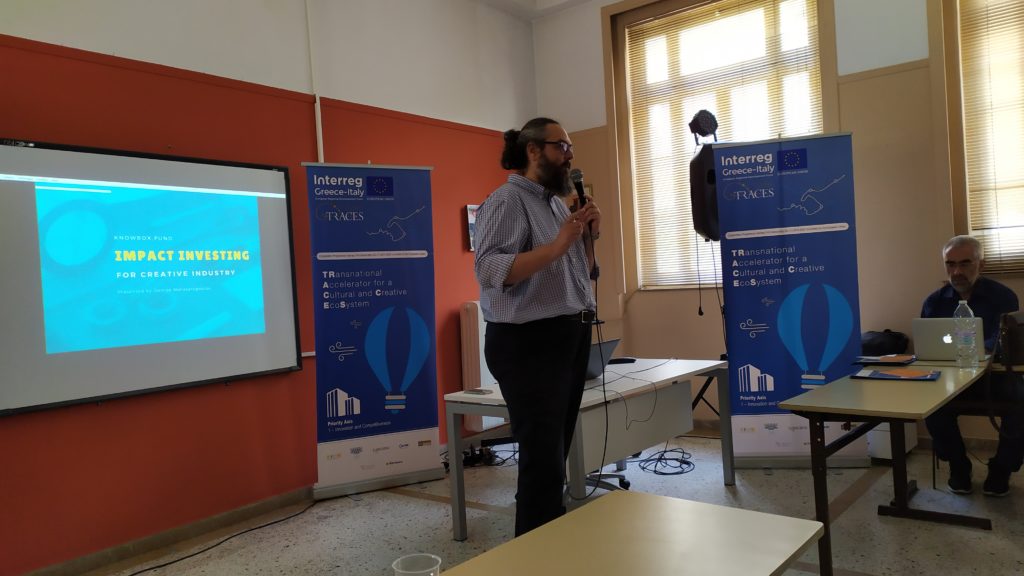 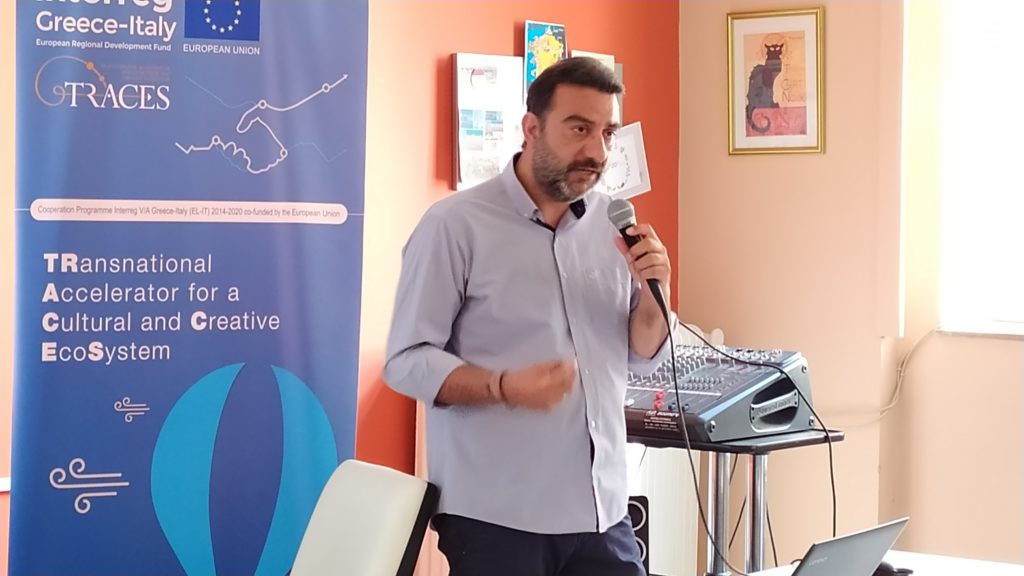 The discussion with the participants during the workshop, showed that the Cultural and Creative Sector in the Region has great potential for development and that the experience from the rest of Greece and abroad can lead to collaborations and networking actions as long as there is specialised and stable support of the people of the industry.

Theme: Illdy. Made with ❤️ by MOSAIC // Culture & Creativity © Copyright 2020. All Rights Reserved.